How To Cook Your Food Without Oil (And Never Miss It!) 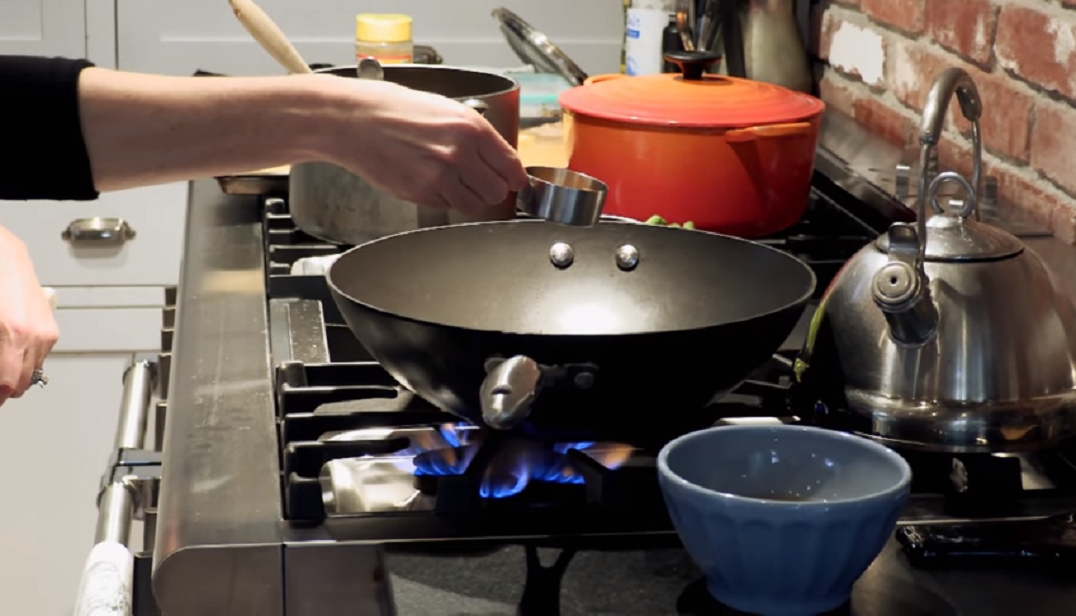 Even though olive oils or coconut oils are considered healthier than many other oils, they're not all good for you: Every oil out there is basically all fat, with some of the healthiest attributes of the fruit (the fiber, for instance) stripped away. Although we do need healthy fats in our diet, one easy way to focus on weight loss and wellness is to learn to cook without large amounts of these oils. After all, every tablespoon of oil has about 120 calories or more. If you can cut hundreds of calories without sacrificing flavor, why not do it? Cooking without oil is just one of the many techniques host JD Roth applies in his new show, The Big Fat Truth. The show is based on Roth's book by the same name, in which he details weight loss strategies that go way beyond calorie counting and into the deep truths of why people can't lose weight.

On the premiere episode, JD Roth brings on six former contestants from different seasons of The Biggest Loser (Roth is a former executive producer of The Biggest Loser).The six had collectively lost 630 pounds on the show, but then regained the weight (and more!). And one of the main reasons they gained back the weight was that they didn't know how to cook in a healthy way when they were on their own. These folks aren't alone. It's not the norm to cook without oil, but it's super-easy and effective. How? Just substitute vegetable broth. This might seem redundant, but it makes sense: vegetable broth is full of vegetable flavor and vegetables are naturally low-calorie. This is a super easy way to cook, and also a method preferred by followers of a whole food, plant-based diet which all participants featured in The Big Fat Truth follow (with amazing results: one participant lost 107 pounds in just 90 days plus had his cholesterol levels drop rapidly.)

Here's How To Cook With Vegetable Broth:

Just like you would with oil, simply put a small amount of vegetable broth in the pan and heat it up. Toss your fresh veggies in and cook until they're tender. Just as you would when sauteing,turn the vegetables as you go. That's it! Vegetables are naturally full of water, so they'll release their own water as they cook, which helps steam up the pan. And you won't lose out on any flavor. If you find that the vegetables are sticking, just add some water as you cook them and keep stirring. It's really that easy.